In the state of Maryland, Shoplifting is considered a crime of moral turpitude, meaning that a conviction of Shoplifting can be a hindrance to securing a loan, being accepted into school, obtaining employment, and buying a home. For non-US citizens, a Shoplifting or shoplifting conviction can lead to deportation.

Depending on the value of the property stolen, Shoplifting can be either a felony or misdemeanor, but the 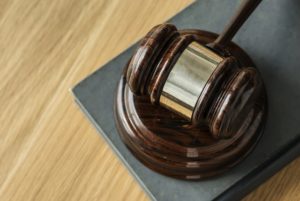 scar on your criminal record will be there in both cases, potentially causing problems for the rest of your life.

If you are facing shoplifting charges in Rockville, Gaithersburg, Silver Spring, or Wheaton, please contact the Law Office of Leon A. Geller or call 301-309-8001 today to schedule a free consultation with our experienced criminal defense lawyer.

Prostitution: Offering, or agreeing to engage in sexual contact or sexual penetration for hire.

Patron/Hobbyist/John: An individual who hires, offers, or agrees to hire another individual to engage in sexual penetration or sexual contact.

Criminal Penalties for a Shoplifting Conviction

In Maryland, under the category of Shoplifting, the charges can range from a misdemeanor where the accused has stolen items worth less than $1,000, or a felony when the property is valued at $1,000 or more.

The penalties for stealing are harsh and increase as the value of the merchandise increases. In many cases, the person accused of being a shoplifter has stolen out of desperation. It might be a mother who needs boots for her kids in the winter, or an out-of-work person trying to get new clothes for a job interview. Shoplifting is almost always a crime by a person who feels like they have no other options.

The Shoplifting of merchandise from a store is still considered a crime. The reason for the Shoplifting doesn’t matter to the store or the police who arrest the accused. While the person should face punishment, the punishment can often be criminal prosecution as well as the retailer suing the shoplifter, which only makes their situation even worse.

The accused can also face civil liabilities to the merchant who lost their merchandise. In Maryland, as in every other state, there are recovery laws that allow merchants to sue for payment from the accused.

The merchants can sue to receive double the worth of the item up to $1,000 even if it’s recovered. Those that believe shoplifters who are caught should pay for all those who get away with it defend these laws. Civil recovery laws are meant to protect small businesses from shoplifters who might make a living from stealing and reselling the items. Instead, the big chain stores hire law firms to send out demand letters to every person caught shoplifting even if they were stealing out of a desperate need.

The rings of thieves that do so much damage to the small business are rarely caught. It’s the desperate people who are not professionals who pay for the crimes of others.

These civil recovery laws also apply to the parents of children who have faced arrest for stealing. It’s unfortunate, but many children will act out as teenagers and shoplift. The problem with the civil recovery laws is that even if the suspected shoplifter is found innocent later, the merchants can still demand recovery for the lost money.

In some courts in Maryland, the accused is offered community service in exchange for the prosecutor dropping the charge. Unfortunately, this does nothing to stop the merchant from demanding payment even for an item that’s been returned. Legal help from a shoplifting attorney is required to deal with the courts as well as the inevitable demand letter from the big box store that will come after the incident. You should always consult with Maryland Shoplifting and theft attorney before paying any civil demand.

If you’ve been accused of Shoplifting, you’ll need to have suitable representation from a Rockville criminal lawyer from the Law Office of Leon Geller. We can help with the criminal as well as the civil litigation you’ll face after arrest.  If you live or work near Rockville, Derwood, North Potomac, Darnestown, North Bethesda, Garrett Park, Kensington, Gaithersburg, Silver Spring, and Wheaton Contact us today at 301-309-8001 for free consultation.

Call Today to Speak to an Experienced Rockville Shoplifting Lawyer

Leon Geller has provided quality defense to those charged with Shoplifting offenses for nearly 30 years. If you have been charged give Attorney Geller a call today to discuss your case. Call the Law Office of Leon Geller at (301) 309-8001 to learn more about Attorney Geller’s personalized approach to Maryland Shoplifting defense.

Rockville is a city and the county seat of Montgomery County, Maryland, United States, part of the Baltimore–Washington metropolitan area. The 2010 census tabulated Rockville’s population at 61,209, making it one of the largest communities in Maryland[7] and the third largest location in Montgomery County, after Silver Spring and Germantown.[8]

Rockville, along with neighboring Gaithersburg and Bethesda, is at the core of the Interstate 270 Technology Corridor which is home to numerous software and biotechnology companies as well as several federal government institutions.