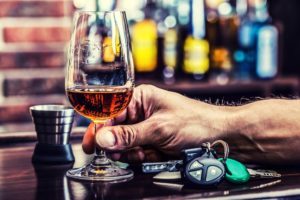 Drive long enough and you will probably see someone on the side of the road attempting to walk a straight line while a police officer looks on. It’s a sight that makes most people’s hearts beat a little bit faster. And when it happens to you, it can be a harrowing and unforgettable experience.

Field sobriety tests are considered one of the less reliable ways for police to determine if someone has been drinking and driving. Fortunately for people accused of DUI and DWI, they are also easy to attack in court.

On the other hand, it’s important to work with an aggressive drunk driving defense lawyer in any type of DUI/DWI case. Don’t take it for granted that the field sobriety test in your case will get thrown out just because you claim it wasn’t conducted properly. You still need an experienced, knowledgeable lawyer on your side. At the Law Office of Leon Geller, we have helped people fight back against drunk driving cases for nearly 30 years.

What Are Field Sobriety Tests?

Field sobriety tests are actually three separate tests created by the National Highway Traffic Safety Administration and adopted by the majority of states, including Maryland. These tests include:

Walk and Turn. As the name indicates, the walk and turn test involves having a person walk in a straight line, heel to toe, then turn and walk back. Most officers have an individual walk about nine steps.

One Leg Stand. If you have ever tried to stand on one leg for any period of time, you know it’s nearly impossible, even when you’re sober. Nevertheless, police officers rely on the one leg stand to determine if a driver has been drinking.

Horizontal Gaze Nystagmus. The horizontal gaze nystagmus test involves a police officer placing an object – usually a pen – in front of the person’s eyes and asking them to follow the object with their eyes and only their eyes. The officer is looking for signs of possible intoxication, which can include an inability to focus or uneven dilation of the pupils.

The problem with all of these tests is that there are many health conditions and personal quirks that can make them extremely unreliable. Some people can’t walk a straight line no matter how hard they try. Other people have health problems or birth defects that make them incapable of following a pen or someone’s finger with both of their eyes.

Police officers know that field sobriety tests are easily challenged, which is why they look for other evidence of intoxication. They also pressure suspects to admit to drinking and driving by asking invasive questions about where the person is headed and how much they have had to drink. Any statements you make at the scene of a traffic stop can potentially be used against you in a criminal case down the road.

If you’re facing a DUI or DWI conviction based on a field sobriety test, get in touch with us today. The Law Office of Leon Geller serves clients throughout Maryland. Call 301-309-8001.