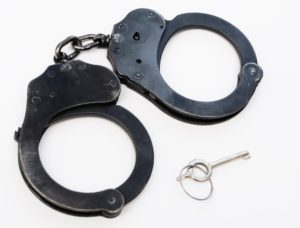 The most frequent alcohol-related charges are driving under influence (DUI) of alcohol , driving while impaired by alcohol (DWI), and (DUI per se) driving under influence of alcohol per se. Rockville DUI lawyer Leon a Geller make you understand that both DUI and DWI require that normal coordination be reduced as a result of the consumption of alcohol. DUI requires that alcohol has substantially impaired the person’s normal coordination. DWI requires that alcohol has impaired a person’s normal coordination to some extent. DUI per se relates solely to the breathalyzer score being a .08 or higher.

Rockville DUI Lawyer Leon Geller took a three-day course on field sobriety testing, the exact same course taken by prospective officers at the police academy. This gives Attorney Geller a unique perspective and deep understanding of the conditions under which the tests are to be administered as well as the proper procedures for doing so. Read more…

The breathalyzer test is the most common way to check a person’s blood alcohol content (BAC). These tests are usually performed at the police station, but mobile breathalyzers are also available. Breath tests at the scene of the arrest are performed with a portable breath test (PBT) device, producing a result that is used to help the officer determine whether there is probable cause to arrest but is not admissable in court.

Regardless of whether or not you submit to testing, you must remain calm when dealing with officers. If you feel that questions being asked could incriminate you, you can refuse to answer or request a Rockville DUI attorney be consulted before you answer. It is important that you not give up your rights or provide the officer with incriminating evidence. Staying calm, being respectful and remaining silent can be very helpful when it comes time to challenge your DWI or DUI. Read more…

Call Today to Speak to an Experienced Rockville DUI Lawyer

Rockville DUI Lawyer Leon Geller has provided quality defense to those charged with alcohol-related offenses for nearly 30 years. If you have been charged with DUI, DUI per se, or DWI, give Attorney Geller a call today to discuss your case. Call the Law Office of Leon Geller at (301) 309-8001 to learn more about Attorney Geller’s personalized approach to Maryland DUI and DWI defense.

Rockvilleis a city and the county seatof Montgomery County, Maryland, United States, part of the Baltimore–Washington metropolitan area. The 2010 censustabulated Rockville’s population at 61,209, making it one of the largest communities in Maryland[7]and the third largest location in Montgomery County, after Silver Springand Germantown.[8]

Rockville, along with neighboring Gaithersburgand Bethesda, is at the core of the Interstate 270Technology Corridor which is home to numerous software and biotechnology companies as well as several federal government institutions.