Home » Blog » What Happens When a Mentally Ill Person Is Charged with a Crime? 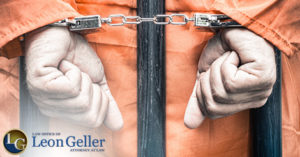 In total, the Center estimates there are about 356,000 mentally ill inmates in prison. To put this into perspective, there are just 35,000 people being treated in psychiatric hospitals.

If you or a loved one has been charged with a crime, and you believe mental illness may be a factor, speak to a Maryland criminal defense lawyer right away. You may be eligible to raise specific defenses in your case, but it’s important to act quickly.

The Mentally Ill in U.S. Prisons

When people with mental illness don’t get the help and treatment they need, they may engage in erratic and even criminal behavior. When they are arrested and jailed, they may not understand what is happening to them, which can cause them to become combative and aggressive.

There are many heartbreaking stories of people with mental illness languishing in solitary confinement when they desperately need psychiatric care and medication.

Unfortunately, the number of psychiatric hospitals in the United States has steadily declined. According to a Washington Post report, we now have fewer mental hospital beds per capita than we did in 1850.

The deinstitutionalization movement of the 1950s resulted in the closure of thousands of mental treatment hospitals and facilities. As mental hospitals have closed, prison population numbers have soared.

Criminal Defenses for the Mentally Ill

In Maryland, a criminal defendant can plead that he or she is “not criminally responsible” for a crime due to a mental illness – what many people think of as the “insanity defense.”

When a defendant raises mental illness as a defense, the burden is on the defendant to show by a preponderance of the evidence that he or she lacked capacity to appreciate the criminality of his or her conduct at the time.

The prosecutor has a much higher burden – beyond a reasonable doubt – to show that the defendant was not mentally ill at the time of the crime.

The treatment of mentally ill prisoners has become a prominent issue in many states, including Maryland. As reported by the Washington Post, one pending case filed on behalf of four inmates has asked the courts to order the transfer of mentally ill inmates to psychiatric hospitals per previous court orders. The report states that 84 inmates in Maryland are currently waiting for transfers to mental health facilities that are over their patient capacity.

Speak to a Rockville Criminal Defense Lawyer about Your Case

If you are facing criminal charges, or a loved one has been charged with a crime, contact a Rockville criminal defense lawyer right away.

Related posts:
What to Do and Expect If My Teenager Is Arrested in Maryland