Home » Blog » From Prom-Goers to Parents: Things Every Maryland Driver Ought to Know 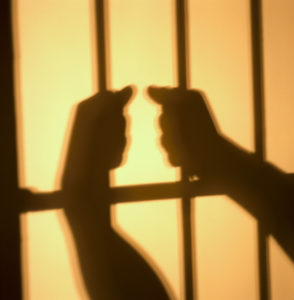 Last year in Maryland there were 23,714 DUI arrests. Let’s be clear about what is at risk with a DUI arrest in Maryland for both adult and underage drivers.A DUI conviction in Maryland carries a penalty of up to one year in jail and up to $1,000 fine for first time offenders.

The penalty for driving under the influence of alcohol while transporting a minor is up to two years in jail and a $2,000 fine in addition to the driver’s license suspension for a minimum of 45 days. In Maryland there is an arrest for this offense every 19 hours.

DUI penalties become increasingly harsher for second and third time convictions. Additionally, there are ongoing consequences for having a DUI on your public record.

Even Refusing a Breathalyzer has Consequences!

Often people see in movies or hear from friends that you can simply refuse a breathalyzer and the police will be on their merry way. However, here in Maryland this is not the case. Driving on Maryland roads automatically implies your legal consent to body alcohol concentration tests. What does that mean? It means that refusing such tests (breathalyzers, blood tests) may get you in trouble. The first refusal carries a penalty of losing your license for 120 days, the second refusal removes your driving privileges for a year. However, refusal does not always result in losing your license. So it is important to discuss your case with an experienced attorney.

Zero Tolerance for Drivers under the age of 21

For a minor, a DUI charge can be based on a blood alcohol level of just 0.01%. For a person weighing 140 pounds that’s less than one alcoholic beverage.  For an adult the blood alcohol limit is 0.08%–that’s between three to four drinks for a 140-pound person. However, keep in mind the number of beverages is different for every person because many factors go into how a body processes alcohol.

With prom coming up, students and parents need to know and understand the seriousness of a DUI arrest in Maryland. Facing a DUI charge is scary. A DUI conviction, even for a minor, goes on a person’s permanent record and will likely impact your future.

A DUI arrest does not always lead to a conviction, however. And remember, when being cited for driving under the influence, you still have rights. An attorney who specializes in DUI charges will navigate the ins and outs of your case and work tirelessly for the best possible outcome for you or your family member. Discuss your options with knowledgeable and reputable Rockville DUI attorney Leon A. Geller today!