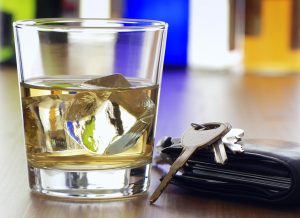 If you have been charged with any kind of drunk driving offense, speak to a Maryland criminal defense lawyer as soon as possible.

State lawmakers passed a tough new drunk driving bill on the last day of their 90-day spring 2016 legislative session. Named “Noah’s Law” for police officer Noah Leotta, who was just 24 years old when he was struck and killed by a drunk driver in 2015, the new law takes effect October 1, 2016.

Ignition Interlock under the New Law

Once the law takes effect, any driver convicted of the following offenses must use an ignition interlock device:

For a first conviction, drivers must participate in the ignition interlock program for six months. This jumps to one year for a second offense.

What Is an Ignition Interlock Device?

Like the name indicates, an ignition interlock system locks a car’s ignition if a driver blows into the device with a certain amount of alcohol in his or her body. This temporarily prevents the person from driving.

The system also keeps track of each time an individual blows into the device. In addition to keeping drunk drivers off the road, ignition interlock devices allow people to keep their driving privileges – something that also helps individuals stay in the workforce after a drunk driving conviction.

In an analysis of 15 scientific studies of ignition interlock systems, the CDC saw a 67 percent decrease in repeat DUI offenses.

The CDC also reports that drunk drivers caused nearly 10,000 deaths in 2014, which accounts for one-third of all fatal traffic deaths in the U.S. It also translates to one alcohol-related traffic death every 53 minutes.

Speak to a Maryland DUI Defense Lawyer about Your Case

Drunk driving charges are scary. Suddenly, a roadside stop has hurt your reputation, compromised your freedom, and possibly even put your job in jeopardy.

If you’re facing any kind of drunk driving charge, you can’t afford to forego experienced criminal defense. Contact to a knowledgeable Maryland DUI defense lawyer about your case right away.