Home » Blog » New Research Study: The Most Lenient and The Strictest States for Driving Under the Influence 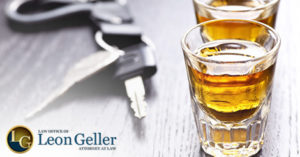 Unfortunately, drunk driving is one of the most aggressively pursued crimes across the United States, but also in Maryland as well. Also referred to as driving while intoxicated, driving under the influence and alcohol impaired driving was linked to approximately one third of motor vehicle fatalities in 2014 alone, as presented by the National Highway Traffic Safety Administration.

In addition to the cost associated with lost human life, the government further estimates that drunk driving may be linked to more than $40 billion each year in economic losses.

States first began to crack down on drunk driving in the 1980s, but police today are still aggressively pursuing charges against individuals who may be guilty of driving under the influence.

It’s important to keep in mind that even when you are accused of drinking and driving, you have constitutional rights.

When Your Rights Have Been Violated

If an officer oversteps the bounds when attempting to search your vehicle or person or while arresting you, this may serve as grounds to have your charges reduced or dismissed. Sharing the details of your arrest with your Maryland criminal defense lawyer is essential.

When you remember more of the facts associated with the arrest, there’s a better chance your Maryland DUI defense lawyer can identify problems with the prosecution’s approach, thus giving you the best opportunity to have the charges reduced or dropped entirely.

As the incident becomes more distant, it is harder to remember all the minor details and can be very frustrating. Leave no stone unturned and instead work with an experienced DUI defense lawyer as soon as possible after you have been accused.

Also Read: Can the Police Search My House Without a Warrant?

Don’t Let Your Rights be Trampled by the Situation

Many individuals are so unnerved by the process of being pulled over and arrested for a DUI that they forget about their rights entirely. Bear in mind that if you are indeed arrested for a DUI while driving in Maryland, you need to consult with your attorney as soon as possible.

This may be the best way to protect yourself from unfortunate mistakes that could cost you down the line in terms of your case. Recently, WalletHub evaluated states and the enforcement rules across the country to determine who has taken the toughest overall crack at drunk driving.

Where Maryland Stands with Respect to DUI Charges

Maryland came in at number 45 for the overall rank and ranked 51st for criminal penalties. Being accused of drinking and driving in the state of Maryland is a serious matter that warrants the insight of a knowledgeable criminal defense attorney.

Far too many individuals minimize the potential impact of a DUI or assume that they will be able to have their case thrown out once it enters the criminal justice system.

Given that driving under the influence has been linked to many different car accidents and in particular traffic fatalities over recent decade, police officers and investigators take these cases very seriously and may zealously pursue an individual suspected of drinking and driving.

You should never assume that an officer is looking out for your best interests. The only way to protect your rights and have someone advocating for you is to hire a knowledgeable MD DUI defense lawyer. Doing so sooner rather than later can be extremely helpful.

There are many different reasons that you may be facing drinking and driving charges and if any of them involve violation of your constitutional rights or an improperly calibrated sobriety test, for example, you may be able to use this as a defense for your case.

It is imperative, however, that you consult with a lawyer immediately if you suspect that your rights were violated as this could be the important first step towards having your charges reduced or dismissed.

Do not hesitate to reach out to an experienced attorney sooner rather than later in the event that you have been accused of a DUI. Having access to a knowledgeable lawyer right away can make a tremendous difference on the overall outcome of your case.