Home » Blog » How Social Media Can Hurt Your Criminal Defense 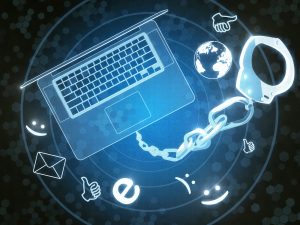 If you use social media in your daily life, you’re definitely not alone.

Statistics show that 78 percent of Americans in 2016 maintain at least one social network profile.

Facebook reached 1 billion users within the past year, and Twitter had 320 million users (the equivalent of the U.S. population) in March of 2016.

Social networking has changed the way people communicate. Before social media, you probably didn’t take selfies or snap photos of your food to share with your friends. 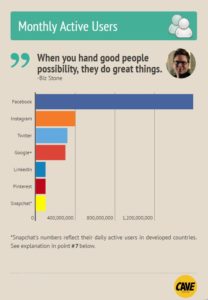 Today, however, people share many aspects of their lives with hundreds – and sometimes thousands – of “friends” online. From thoughts and political opinions to news stories and emotions, nothing is off limits.

When it comes to a criminal investigation or pending case, however, some things really should be off limits. Specifically, any details about your case should stay off the internet. If you have been charged with a crime, a Maryland criminal defense lawyer can help you navigate the complexities of your case.

According to a CNN report, police are increasingly combing the internet for evidence of criminal activity.

In one case, police gained access to the private portion of a New York man’s Facebook page through a cooperating online “friend.”

Once police were able to view the page, they were also able to view incriminating posts and photos posted by the man – all evidence that may help convict him of murder and drug-related offenses.

In a survey of over 1,000 police departments across the U.S., four out of five said they search social media for evidence and information.

Bragging Can Cost You

In many cases, an individual doesn’t intend to hurt his or her case by sharing information on social media. In other cases, however, people have actually bragged about their crimes.

Stories of people live streaming themselves drunk driving have made headlines. A Florida man faced 142 felony charges after he posted incriminating photos to his Instagram account.

Experts say there is usually a psychological element to this types of posts. According to a psychologist from the Media Psychology Research Center, some people do it because they thrive on the attention they receive – an impulse that isn’t necessarily new or particularly modern.

For example, Jack the Ripper sent hundreds of letters detailing his crimes to police and the press over a century before Facebook became a household name.

Today, however, the internet makes it easy to share information with billions of people instantaneously – something that can work to your disadvantage when you’re facing criminal charges.

How to Handle Social Media While Your Case Is Pending

If you have been charged with a crime, the best way to handle social media while your case is pending is to avoid posting at all.

Although it may be difficult to stay away from your social media accounts, it’s a small sacrifice when you consider the potential consequences of inadvertently posting something that could hurt your defense.

If you must share anything online, don’t discuss your case in any way. Also, don’t assume that setting your account to “private” means police and prosecutors can’t view your information. Once something is on the internet, it’s best to assume that anyone can see it.

Talk to a Maryland Criminal Defense Lawyer about Your Case

If you’re facing a criminal charge in Maryland, it’s important to speak to a lawyer about your case as soon as possible.

Your lawyer can answer your questions and help you prepare a defense designed to minimize the charges against you or get them dismissed entirely. Contact us today to speak to a Maryland criminal defense lawyer about your case.